How to prevent HR from becoming a PR nightmare

The actions of the HR department can have an influence on how a company is perceived from the outside. The history has taught us that these actions are more likely to be HR mistakes which will often turn into full-fashioned PR nightmares. 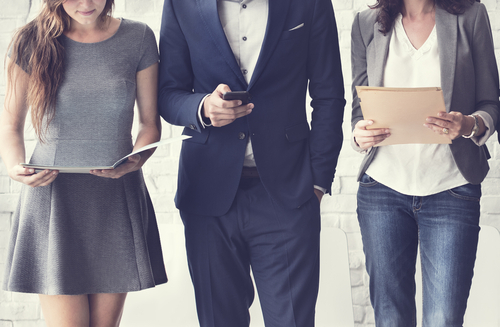 A human resources department (even when it is not exactly a department, per se) is often seen as a necessary but not appreciated part of an organisation, having little impact on this organisation's success.

That being said, the simple reality is that the actions of the HR department can have an influence on how a company is perceived from the outside. The history has taught us that these actions are more likely to be HR mistakes which will often turn into full-fashioned PR nightmares.

Back in 2013, a huge HR-related story broke, involving Lucy Adams, an experienced HR executive at the BBC. Miss Adams was implicated in paying out exorbitant goodbye deals to former employees, especially former executives. She "handed in her resignation" soon after, but not before the scandal became public.

Also in 2013, Chelsea Welch, who worked at an Applebee's restaurant in Saint Louis, Missouri, was fired after posting on Reddit a photo of a bill with a hand-written comment from a non-tipping customer. Her restaurant made an HR decision to get rid of an employee who never shared any of the personal details about the non-tipper and who simply wanted to make a point about the way service workers are compensated for their work in the U.S.

In 2015, Thomas Smith, a Walmart employee in Albany, New York was fired for redeeming $2 worth of can and bottles that were left on the Walmart property by an unknown party. The detail that made this such a big PR disaster was that the employee in question was coerced into signing a statement after being interrogated by Walmart's security officers. The man in question had a learning disability and did not have his reading glasses on at the time.

Finally, there was the HMV firing story that is just too precious to be retold summarily. You can read about it here.

To think that every HR mistake which leads to a PR nightmare employs the same mechanism and follows the same logic would be an oversimplification. That being said, there are some elements that are repeated all too often to be mere coincidences.

For example, you can often notice the element of "simply following the guidelines". This can be best seen in the aforementioned Walmart case and also, to a certain degree, in the BBC and the Applebee's cases. The HR departments think that because their decisions were made in accordance to the guidelines, they cannot be wrong. From a PR point of view, this just doesn't fly.

Another familiar element in most of the HR mistakes that cause PR headaches is a peculiar lack of respect that employers show to the people who work for them. Miss Welch was not respected as an employee by Applebee's. Mr. Smith was definitely disrespected by the Walmart security people. The days of treating employees as commodities are supposed to be long behind us and ignoring this reality is a surefire path to a PR disaster.

Finally, there is the way in which these stories become PR nightmares. This, of course, is the internet as the premier way to spread stories that cause outrage. All of the aforementioned stories either originated, or were exposed, online.

The most effective course of action when trying to prevent HR mistakes that turn into PR nightmares will be a two-pronged one. You will both want to minimize the chances of HR mistakes occurring and mitigate them through smart PR practices.

For one, remember that your employees are human, with human faults and quirks. They will sometimes make very human mistakes and your human resources people (not to use the term human again) will do well to turn a blind eye (or at least part of it) to some of these mistakes. Not doing so will make you come across as a petty, or even a totalitarian organisation, which is never good publicity.

Your company should also show respect to its employees and perhaps even question the "customer is always right" mantra. Sometimes a company needs to stick with its people, even though this might seem counterintuitive from a purely PR standpoint. You might call it paradoxically smart PR.

When we are talking the PR aspect of the whole thing, there are a few things that every company can do to handle things the right way. It should start with establishing certain employee policies that will serve as deterrents against disgruntled employee outbursts.

If a negative HR story should break out, the best course of action is to admit as much as humanly and legally possible and ask for forgiveness. In the end, everything will come to light anyway. It is best to control the story from as early on as you can.

In case your HR-PR nightmare intensifies and you lose all control, it is probably time to start thinking about hiring PR professionals who are equipped to deal with something like this.

Instead of a Closing Word

Learn on the mistakes of others. Remember that the term human resources has human in it. Make your HR your PR ally.

Written by: James D. Burbank, editor-in-chief of BizzMarkBlog
James has been involved in the world of marketing one way or another for more than 15 years. You can also find him on Twitter @JBurbank2019.